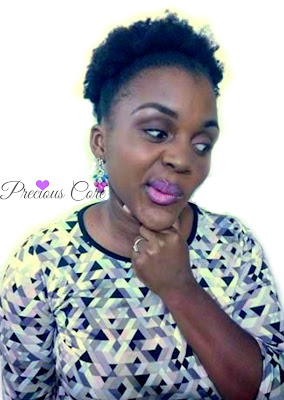 I was minding my business in my Father's house when a phone call came in. It was my friend, H on the other end of the line:

"Precious, I don hear say ma papa don die for Bamenda. I dey road di cam."
(I heard my father died in Bamenda. I am on my way there)
Her voice didn't sound like that of someone who just lost the man from whose loins, she came. It sounded like that of a soldier, who had his armour ready and was prepared to head out to the battle field.
I quickly informed my mother of my friend's predicament and we made room for her to stay in our house upon arrival from her 8-hour trip all the way from Yaounde, Cameroon's capital city. In the evening, I made my way to the motor park to receive my bereaved friend. She laughed when she saw me and threw quick glances around as we searched for a taxi to take us home. It was her first time in Bamenda.
At home, H told me her father's death was not natural and she was on a mission to raise him up from the dead through prayers. She said she had some dreams the night before her father died and in them, someone was trying to kill one of her family members. She was determined to stop the evil doer. She had a humongous quantity of "anointing" oil in her hand bag and had began fasting from the moment she heard the unwanted news.
As she spoke about her determination to bring her father back to life, the news traveled to different corners of the house and got to my mother's and grandma's ears. My mouthed grand mother who was visiting us then asked,
"So when wona wookup yi for die, wona go keep yi for wuside?"
(Where will you keep him after raising him up from the dead?"
H said we were going to put him at a hospital ward to receive drips after performing our pending miracle. As a fellow "pentecostal" I stood by my friend's decision and borrowed some faith from her to embark on the mission ahead. I was going to accompany her to the mortuary to create history. My mother chose to go with us because she wanted to be there with me.
Morning came quickly. We got ready to go and "raise the dead" as Jesus commands in Matthew 10:8. My friend wore the same brown Ankara kabba (big dress) she had traveled in the previous day. As she moved, shoulders-high, head-up, leading the entourage consisting of my mom and I, her kabba swayed from side to side. We arrived at the hospital premises and asked for the mortuary attendant. The mortuary attendant, a man with a wrinkled face and tattered trousers looked like part of his aging had come from a constant touch with dead bodies. We asked if we could see the corpse of my friend's father.
He obliged and opened the mortuary door. The room felt cold literally and figuratively. The wall looked like a very big cupboard with many drawers. Each drawer was big enough to carry a lifeless body. The mortuary attendant pulled the drawer containing the body of H's father. H quoted the Biblical scripture which says when Jesus wanted to pray for a dead girl, he told the strangers to depart. She asked the mortuary attendant to kindly leave the room for us. He obliged.
So there we were: H, my mother and I standing before a dead body armed with olive oil and borrowed faith. H started firing prayers.
"Egbe-Tabe Samson (not real name), in the name of Jesus rise up!"
She commanded in an authoritative voice.
"I command your spirit to get back into you body!"
She continued.
I answered affirmatively, standing beside her.
She continued shouting her prayers, speaking in tongues and emptying her bottle of oil on her father.
The more she prayed, the more he died.
After what seemed like the longest thirty minutes of my life, we were sweating, the corpse was swimming in Goya olive oil and my darling mother had gradually shifted from the scene and was standing close to the door. She would later tell us than she was on her way of escape in case the dead body woke up.
The mortuary attendant got tired of waiting and came in and chased us out of the building. H reluctantly left. While outside, we made some research and discovered that H's father was a native doctor who had died in active service. According to H, he was a herbalist who used plants to heal people. The people in the area where he died knew him as a "powerful" native doctor and were angry to have lost such a "gift."
I walked out of that place that day having created history but not the way I thought it would be created. When we went home, the first place I went to was the bathroom where I took thorough shower. I scrubbed my body hard as though my bathing sponge could scrub away the memory of staring at a dead body hoping it would move.
I know bringing the dead back to life is not beyond God's power because Christianity in itself is basically about a man who died and rose again. I recently read an unverified story about a pastor who prayed a dead baby back to life. Apart from Jesus's resurrection, there are nine other accounts in the Bible of people who were raised from the dead so raising the dead is not foreign to Christianity. However, I think this misadventure we embarked on was clearly motivated by man's desire and not divine power.
Have you ever tried to raise the dead? Have you heard of someone who took such a step? What do you think about praying to raise the dead? Let's talk below.
“I tell you the truth, the Son can do nothing by himself. He does only what he sees the Father doing. Whatever the Father does, the Son also does." John 5:19