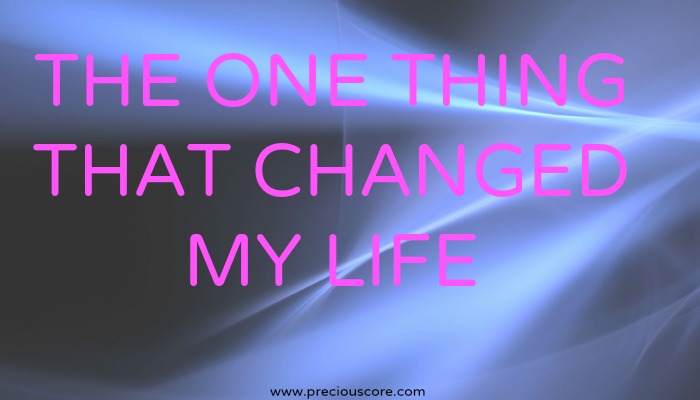 As I approached the hall, my heart was thumping like a series of earthquakes inside my chest. Only this time, the earthquakes were not like those that overtook the town of Buea when one of Africa's largest Volcanoes, Mount Cameroon, erupted. Those earthquakes had left cracks in walls, cracks in fearful families and totally redefined the essence for its witnesses in Buea, a small but mighty town in Cameroon.

Here I was in this same town, experiencing a mimic of earthquakes within my body due to uncertainty. I was not sure if I was going to the right place but I went anyway. I had heard tales of how people went to "places" and got bewitched. I didn't want to be a part of that statistic. As I approached the building, the sight of swagged up gentlemen in black suits greeted me. They looked normal and hospitable enough to change my thumping heart into mere fast heartbeats.
I got ushered into the building, which was almost filled to capacity and sat somewhere at the back. The ambience in the hall was love and laughter. I never expected this. I expected a group of sad-looking, poorly dressed folks who took Bible matters seriously. Instead I was greeted with jovial people who looked like they were having the time of their lives. It was "Broda's Day" at the Academy Campus Forum, a campus-based ministry that sought to bring people to Christ. I had been invited to the programme by Rita F, a fellow journalism and Mass Communication student in the University of Buea. I had never been in such an atmosphere.
Whenever I though of born-again people, I thought of men with worn-out shoes, haggard suits that failed to match their trousers, bad breath and big Bibles. I thought of women with long skirts, straight faces, aggressively tied scarfs and blouses with shoulder pads that almost reached their cheeks. But here I was in a hall with a people who claimed to be born again yet their appearances were appealing. Here was I seated in a hall that was filled with energy and something... something that I had never felt before but I wanted.
It was an evening in which stereotypes were shattered right before me, one after the other. Instead of Agatha Moses praise and worship, which I associated born again Christians with, I heard a the 'brodas' who were uniformed in black suits (whose trousers matched) sing a youthful hip-hop song. The climax of their presentation was when one of them stepped forward and released a dope rap to compliment the song. I was more than stunned. Dem di rap na rap?? For born again chorch??? And this rap was not like the one Eminem dishes out. The lyrics were actually preaching the word of God! For the first time, I learnt that gospel music must not be Agatha Moses-like. It could be rap or soul or jazz.
For the rest of the programme themed "Garden of Eden", there was an electrifying drama presentation, sermon and more sweet singing.
I sat at the back of that hall in a dark corner of the neighbourhood of Molyko in Buea. I sat there and savoured every bit of what happened on stage. I sat there, thought deeply and concluded that there was something this people had that I was missing. It was beyond the nice appearances and clean music. They spoke about God as though they knew Him.
I wanted that.
However, when the opportunity came for me to get what I wanted, I relented. The preacher for the night said he was giving a chance to those who want to have a relationship with the Lord to come forward. I didn't make a move.
When I went back to my room that night, I wept. The night before, I had been at a party with a short denim skirt and salamanda shoes. I had flickered on the dance floor. Now looking back at the previous night, I was filled with regrets. I shouldn't have been there. I saw how worthless I was without God.
After wiping my tears, I determined that I was going to take a bold step the next day, to follow the Lord. The next day was the last day of the programme. I went with my good friend Winifred, who had been my host at the ungodly party.
We sat in the hall. Mellifluous music filled the air:
Crucified, laid behind the stone
You lived to die
Rejected and alone
Like a rose, trampled on the ground
You took the fall
And thought of me
Above all
I felt a strong conviction that I had never felt before which emphasised my need for God. The preacher, Pastor Song Yusimbom made a call for those who wanted to know the Lord. I leaped from my chair, my dear friend and I. As I went to that altar, I left behind years of being a mere moralist and not a Christian. He asked us to repeat a prayer after him:
Lord Jesus, thank you for dying for my sins.
I know that I am a sinner.
Wash away my sins.
Make me born again
Thank you Lord!
That prayer... I prayed it with all of my being. On that Sunday evening, the 16th of May 2004 as a first year university student, I dedicated my life to serving God. I got born-again. I became a new person because if anyone is in Christ, he is a new creation.
That one decision has governed the course of my life ever since. It is the best thing that ever happened to me! God filled the void in my life that no one else could fill.
How about you? Have you had this life-changing experience? You can pray that life-changing prayer above in all sincerity. If you need more information about this, don't hesitate to contact me at info@preciouscore.com
"Jesus answered and said unto him, Verily, verily, I say unto thee, Except a man be born again, he cannot see the kingdom of God." John 3:3