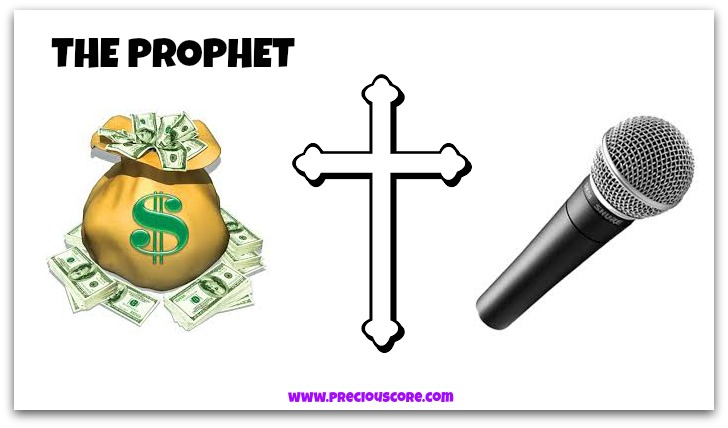 The brother walks to the altar and begins his routine manifesto.
"Tithing is a command from the Lord. You have to give back one tenth of what God has blessed you with to Him."
He peeks at the congregation through the reading glasses hanging on the bridge of his nose. As though the faces staring back at him are not portraying the desired emotions, he urges them to open their Bibles to Malachi chapter three, the tenth verse. He goes ahead to open his leather-bound Bible which shows signs of having received love over the years. In a croaky voice, he reads,
"Bring ye all the tithes into the storehouse..."
He tells his brothers and sisters in the Lord to bring their tithes to the front. A fraction of the congregation walks forward, white envelopes in hands. They kneel down and special prayers are made for them.
The brother urges the Christians to bring their regular Sunday offerings to the Lord. More white envelopes make it to the decorated basket on the stage. The white envelope parade is accompanied by singing and dancing.
The brother hands over the microphone to the pastor. The pastor announces that today's service is a "prophetic service." He tells the brothers and sisters to speak to their neighbours. They respond in a chorus,
"My blessing will be greater than yours!"
He asks everyone to stand up to receive the prophet. Everyone rises up. Eyes are beaming with expectation. The prophet, a slender brown-skinned lad in his late twenties grabs the mic.
"Somebody give God praise!"
"Oooooh Yaaaaay!!! Alleluyah! Yes! Yes! Yes! Uhhhhh!" The congregation responds with variations of screams.
The prophet heightens the excitement.
"Look, I want you to praise God more that you have ever done before!"
The ensuing screams are deafening. The show is on.
The prophet starts to sing. He paces from one end of the altar to another. He swaggers on the isle, his bright white cassock making an impression that complements the bounce.
The prophet begins to deliver a general speech on Christianity. "Listen to me," he declares, "salvation is the best thing that can happen to anybody!"
The congregation concurs with more shouting. Perhaps the loudest voice is that of the woman standing at the back of the church. Her face is beaming with not just excitement at the prophets antics but also with the oil that is gliding on her over-applied foundation. She opens her purple-painted lips to agree vehemently with the prophet whenever he makes a declaration. From time to time, she hobbles from from one end of the hall to the other, her six-inch high heeled shoes preventing her from taking normal steps.
The prophet beckons on a brother dressed up in a black suit, seated on the first row on the pew. He moves to the stage.
"I see great things happening in your life! God is about to do something that will surprise you," he prophesies.
He lays his right hand on the brother's forehead and pushes him. The brother takes a few steps backward in quick succession. Another brother is positioned at the back to catch the brother in suit after his impending fall. The brother in suit falters but he doesn't fall. The prophet shouts,
"Fire!"
The congregation claps. It is done.
The next opportuned recipient of the prophet's blessing is a sister with a scarf so huge that those seated behind her can't properly view the stage. He begins to see more things about her in the spirit then tells them to the heavily-accessorised woman. He says a few unique things to her but the lingua franca he uses is quite similar to the one he used while speaking to the brother in suit. The prophet gets a white bed sheet and spreads it on the altar. He gets a spray bottle and sprays some liquid all over the bed sheet. He orders the woman to walk on it. She walks majestically on it. The congregation claps and screams.
The prophet orders the sick to march forward. The afflicted move to the front- one of them is the prophetess of the church. She was hit by a strange illness that left her double in size and almost unrecognisable. They raise their hands, he prays for them. He pushes quite a few just the way he pushed the brother in suit. When they fall, the prayer is over and the congregation claps. A privileged few are allowed to walk on the special white bed sheet.
The prophet now announces to the congregation,
"It is time to sow your seed. Just come forward and sow your seed. If you do not have cash here you could write a check"
Some grab check books to fill while others grab white envelopes. A variety of seed sowers walk up but there is one thing common about their seeds. They are all sowing money.
After seeing many good things in the spirit and declaring them to the congregation, the prophet leaves the stage. He grabs his infamous white bed sheet and holds it to himself while his lips mumble.
Next, the pastor gets to the stage and declares,
"All those who want to see the prophet can do so after the service. However, you must bring a prophetic seed with you."
He repeats,
"If you want to see the prophet after service, you can come to my office but make sure you come with a prophetic seed."
As ah see am na so ah tok am.