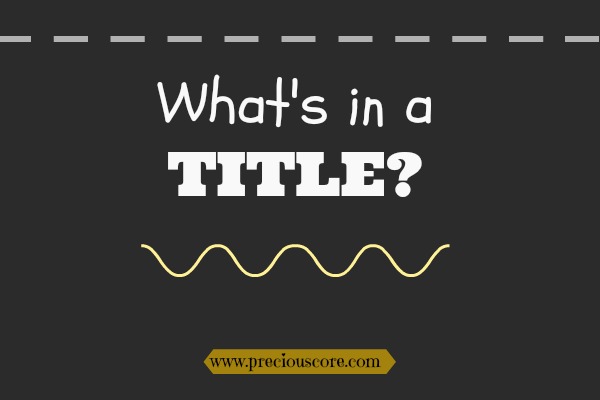 I was sitting in front of my house on a cool afternoon , breathing in some fresh air when a call came into my phone. I picked it up and heard a male voice on the other end.
"I'm I speaking to Mrs N?"
This sounded strange. People always addressed me on the phone, in the market and even in their dreams as, "Precious". Who was this person, calling me Mrs N on a cool afternoon? I answered in the affirmative. The mystery caller who failed to introduce himself told me to hold on and in a few seconds, I heard a female voice at the other end.
"Hello Mrs N, this is Pastor Mrs X speaking."
At this point I must have looked at my phone in disbelief. The voice at the other end of the phone was the voice of a very close friend whom I will call Y here. She addressed herself to me as Pastor Mrs X (not the real initial of her husband's name.)
Whaaaaaaaaaat? 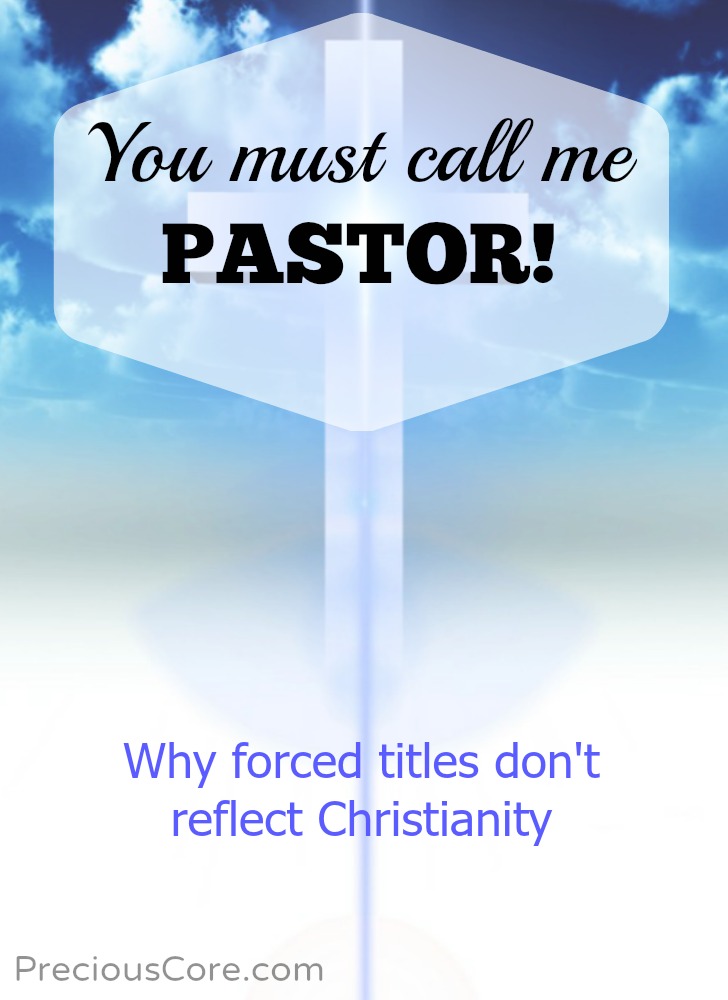 Don't let anyone call you 'Rabbi,' for you have only one teacher, and all of you are equal as brothers and sisters.And don't address anyone here on earth as 'Father,' for only God in heaven is your Father. And don't let anyone call you 'Teacher,' for you have only one teacher, the Messiah. The greatest among you must also be a servant. But those who exalt themselves will be humbled, and those who humble themselves will be exalted. NLT

Brethren, these words are so profound. It is sad to see that a lot of Christians in leadership positions have skipped this part of the Bible. They long to be called, "Father", which is colloquially "Papa". Yet, they criticise Catholics for having a Pope. Papa, what is the difference between you and the Pope?
Some Christian leaders today are conceited just like the pharisees and scribes Jesus described in the above passage. They long for fame and power. It has become so common that it is beginning to look normal. But the Bible says narrow is the way that leads to life and broad is the way of destruction (Matthew 7: 13).
Pastor, if your name is Ezekiel and I call you, "Ezekiel", what is the crime in it? Your focus should be on doing what God called you to do and not on what people call you. There is no part of scripture that forbids people from calling you the name given to you at birth.
Tweet:
This craze of pastors who want to be called specific titles dilutes the essence of Christianity. http://bit.ly/29sEIGK
Why would people who claim to follow Jesus be kin on specific designations. Which one is more important? The title or the work? If you are a pastor and you are called, "Reuben", does it in any way strip you of your pastoral responsibilities?
This craze of pastors who want to be called specific titles dilutes the essence of Christianity. Things like this shouldn't be even mentioned in Christianity. If people want to call a pastor, "pastor" because they revere him, they should. But a pastor trying to shove down this title into the throats of homo sapiens is psychotic.
My name is Precious. If I have a PhD tomorrow, I would still be Precious. If I am a great speaker or an author, I would still be Precious. My friends will always be my friends. When we meet, we will talk, laugh together and give each other high-fives. Other Christians will always be my brothers and sisters. If I begin to place my self above them, I will be manifesting the opposite of being Christ-like.
We Christians are the light of the world. Let's focus on taking the gospel to the world in all humility as Jesus did. The message we spread more is the message people read from our lives. Let us not push them away by some irrelevant obsession with titles because it is the work that truly matters. No matter who we are or what we do, we are all one in Christ.
"For you are all one in Christ." Galatians 3:28b

« 6 TIPS FOR DEALING WITH STRESS
HERE'S WHAT'S UP: SO I PLANTED A GARDEN »