1.4K shares
Jump to Recipe Print Recipe
On the 9th of August, that's two weeks ago, Mr. N and I celebrated our 8th wedding anniversary! After thinking of what to make to celebrate with (because what's any celebration without food??) I decided to make these EPIC meat pies. I call them Nigerian meat pies, Cameroonian meat pies or African meat pies because I've lived in both countries and experienced the same kind of meat pie in both of them. Meat pies are also eaten in Ghana, Liberia, Sierra Leone, Jamaica  and in many other countries. Other names for it are beef empanadas, beef patties or pastelillos. So all of us, it's our meat pie! And it's coming to you with a Precious Kitchen touch, of course!
You guys, African style meat pies for the mighty win! On that anniversary day, we ate then ate some more. All of my girls equally loved it. In fact, we had them as a complete meal because you know they are wholesome and very filling! I posted a picture on Instagram and Facebook and a lot of you wanted the recipe. 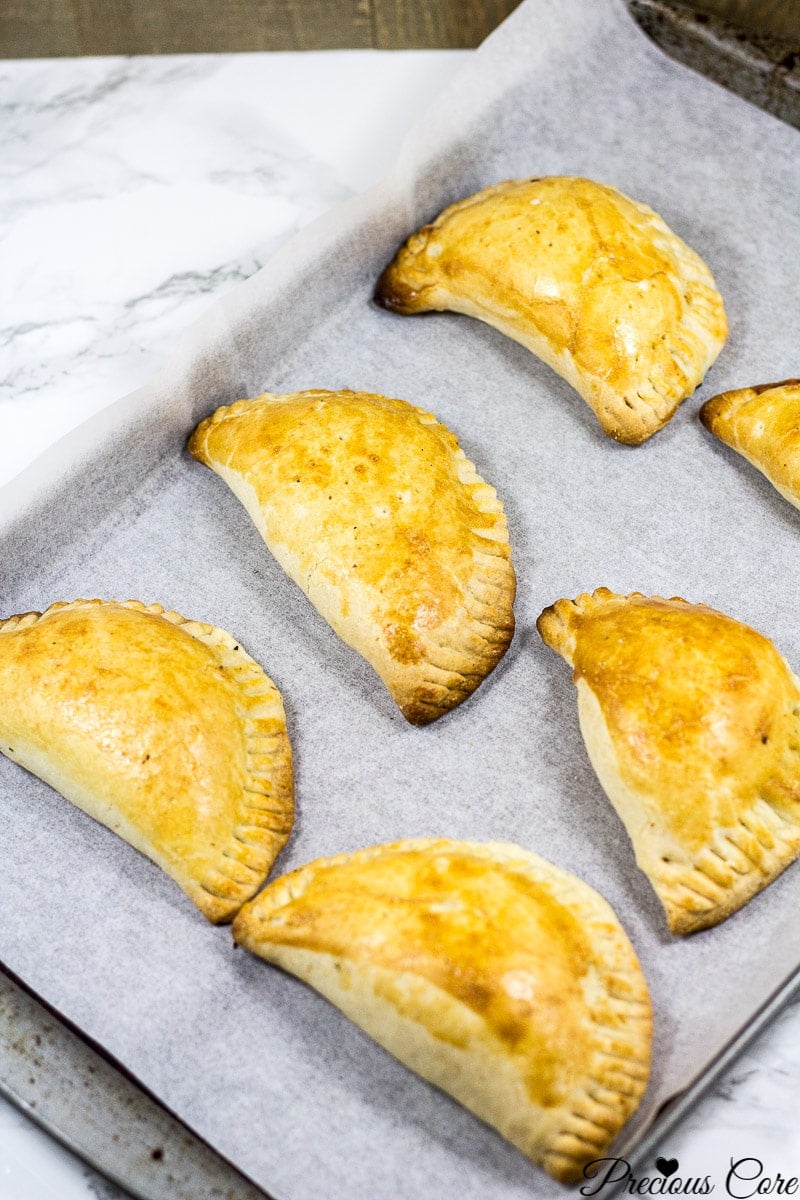 Now I had to come back to the blog and edit my archaic meat pie recipe which has been begging for a revival. Let me confess something to you: in the early days of the blog, I hardly tested recipes properly. I mean I mostly eyeballed everything when I cooked and they almost always turned out great. Now when it came to sharing the recipe with others aka, here on the blog, I estimated the ingredients. Yeah, busted!
But I'm no longer in that place, you guys. I have been learning the art of food-writing, recipe-testing and all the bells and whistles of this job called food blogging. Sometimes I'll have to remake a recipe 3 times to get the perfect measurement of ingredients. It is a bit of a pain but it is so rewarding. Because I can stand tall and proud and tell you to follow my exact measurements and make a recipe because I know the outcome will be glorious. 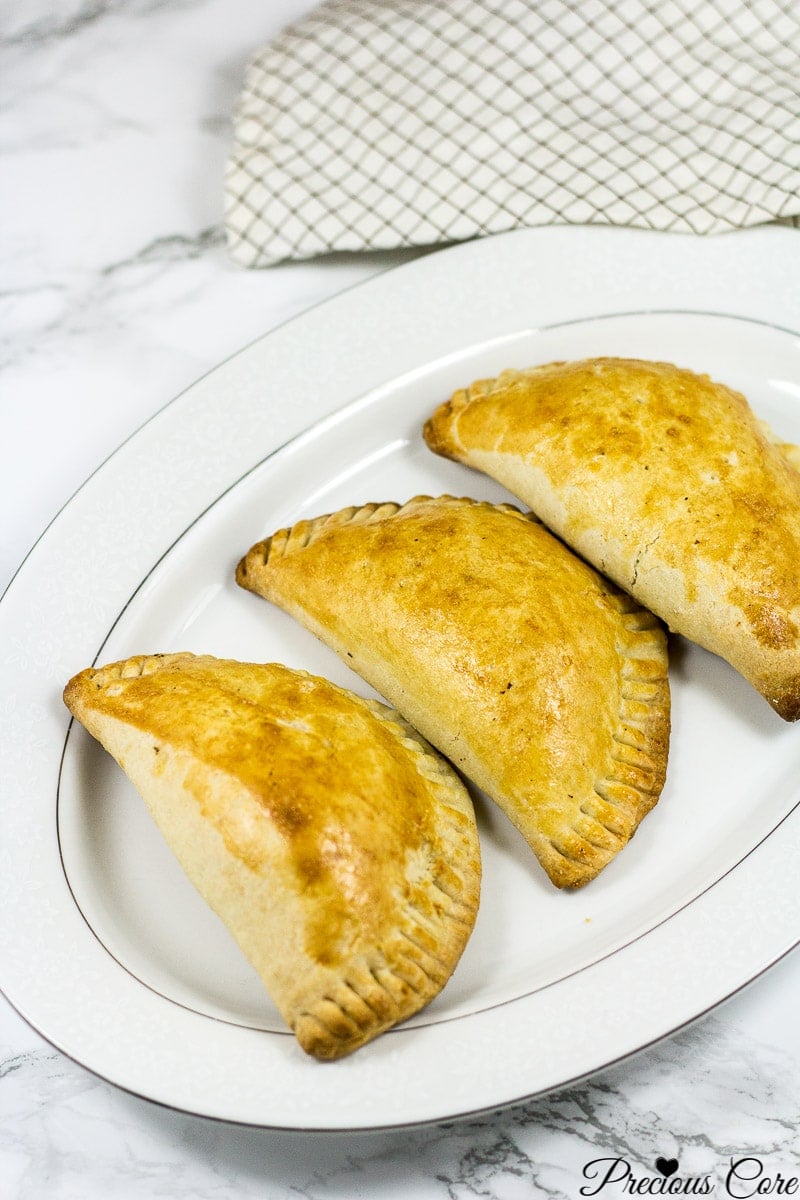 That's the case with these meat pies, the measurements are perfect! For best results, you must make the pie dough the same way I make mine. If you don't understand anything about the recipe, feel free to leave a question below and I'll respond ASAP.
The pie crust is perfectly buttery, flaky and so tasty. I could live on the pie crust alone. But then when you dig further into the pie, you taste the filling which is sufficiently meaty, savory, garlicky, moist and so rich. To take it up a notch, I added some slices of hardboiled egg to some of the pies. Welcome to meat pie heaven! 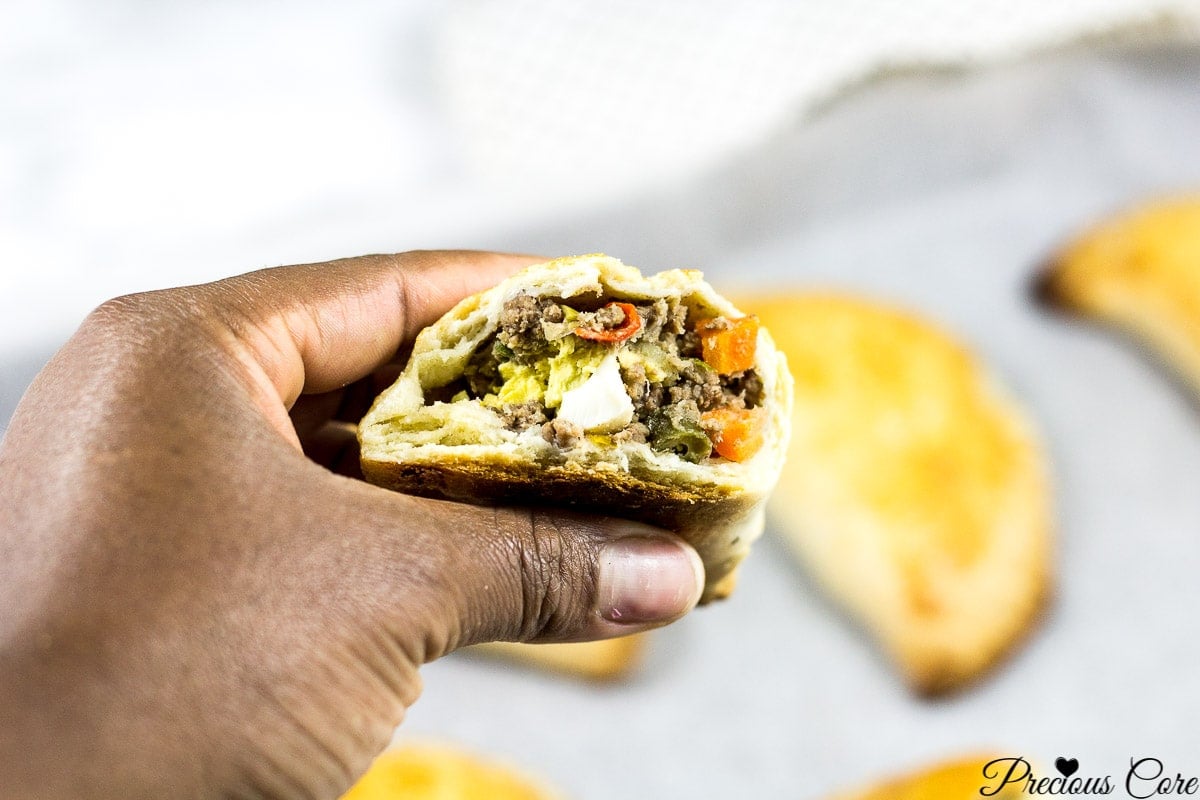 Because I love you, I made a video to show you how to be a meat pie guru! The video is so detailed that I call it "Meat Pie University". I share so many details in there and if you follow my steps, I am certain that be you man or woman, boy or girl, you will be able to impress everyone around you with very tasty meat pies!

Have you subscribed to my YouTube channel yet? Click here to subscribe so you never miss any of my cooking videos.
Watch how to make perfect African meat pies: 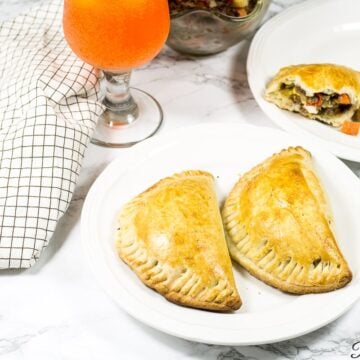 For the egg wash

How to Make the Filling

How to Make the Dough

How to Make the Pies

1. Sometimes I add a tablespoon of sugar to the dough to give it a hint of sweetness. This gives it a nice variation in taste. 2. Use milk in place of water if you would like a richer dough. 3. I usually brush the top of my pies with egg again half way through baking. This makes them extra glossy.

« AFRICAN VEGETABLES AT THE FARMER'S MARKET IN AMERICA - MY FIRST VLOG!
I SHOULDN'T HAVE ENTERED THAT AMBULANCE »