Mbongo Tchobi is a spicy black stew typically eaten by the Bassa people of Cameroon. Its deliciousness has made it gain popularity in other parts of the country. The key ingredient is the intensely aromatic mbongo spice, from which the stew derives its name. It is burnt then ground before cooked into a sauce, hence the black colour. 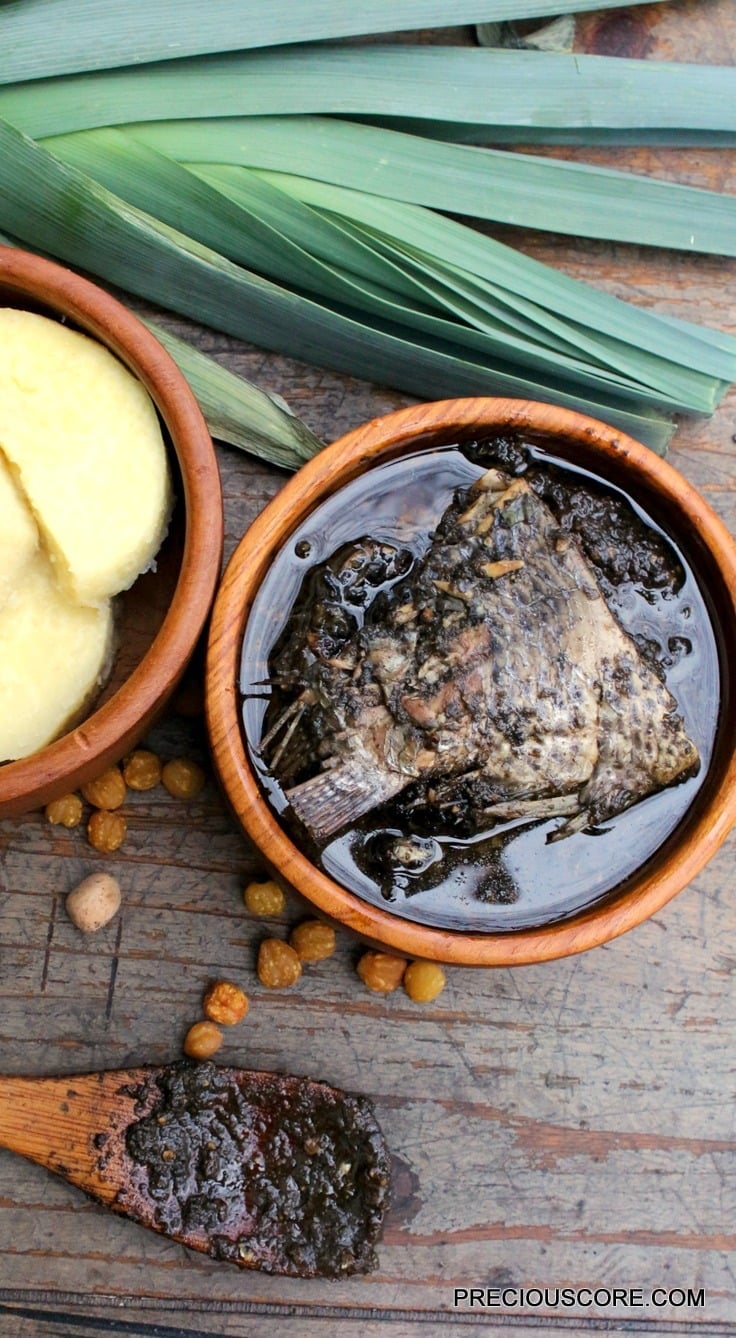 The already ground black spice is widely sold in Cameroon and colloquially called, "mbongo spice" or "epice mbongo" in French.

In other parts of the world, it can be gotten from select African shops. Other ingredients used in the stew include tomatoes, onions, garlic, pepper and a nutty seed called njangsa in Cameroon, typically used in making peppersoup. 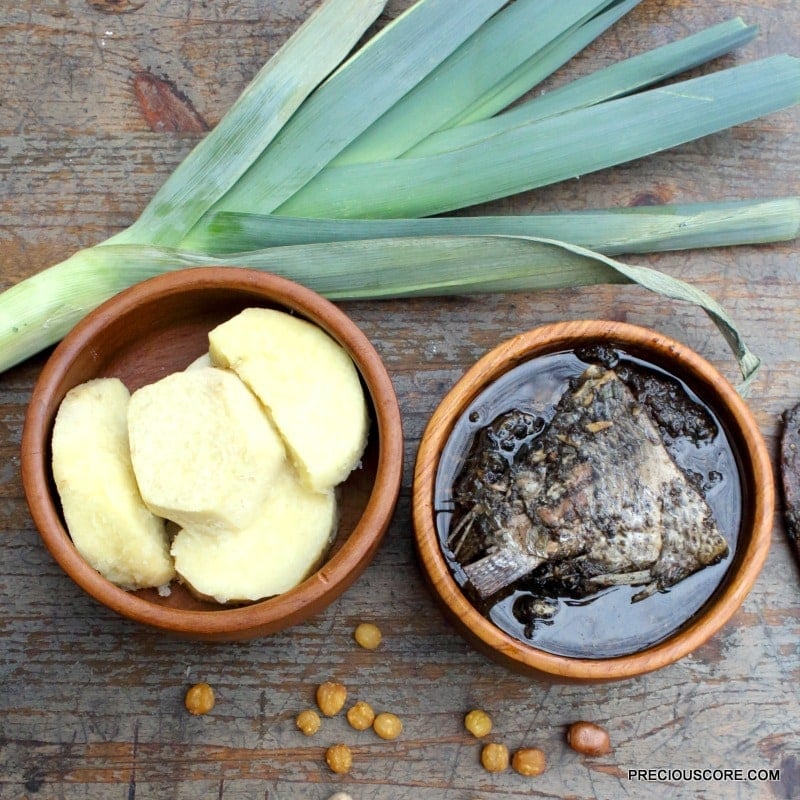 Mbongo, as it is fondly called is typically eaten with a starchy side like plantains or yams. I ate mine with white yam because there's nothing like some boiled crumbly African yam. 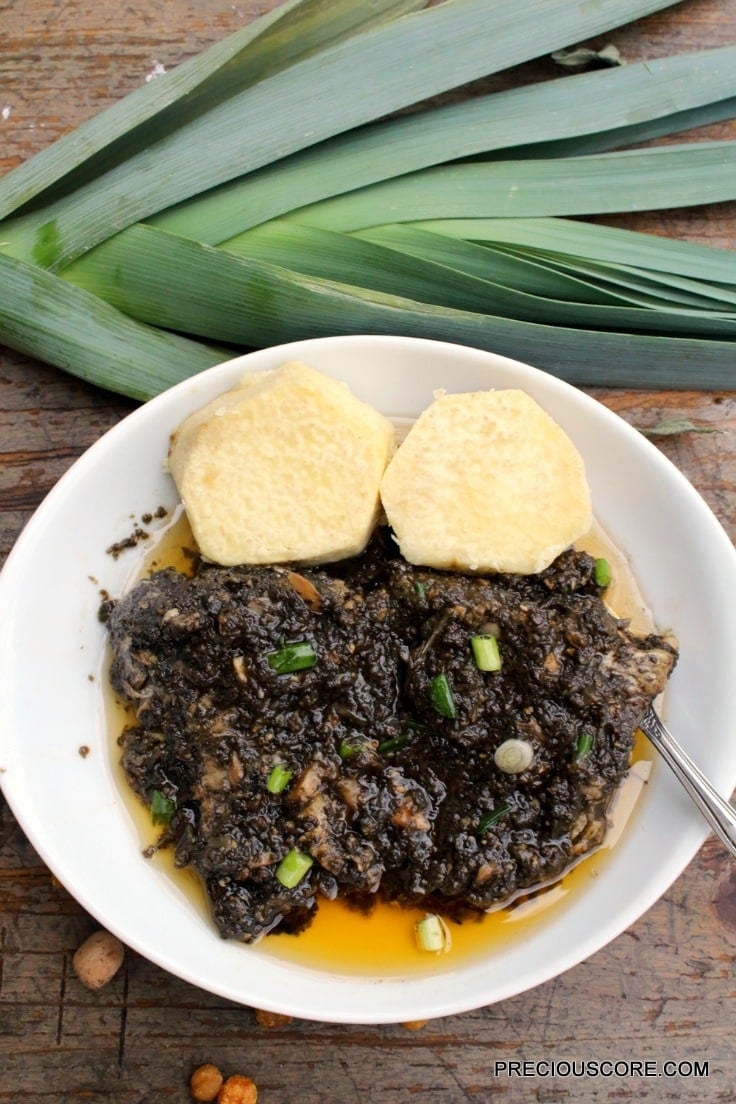 Watch me whip it up in the video below. Enjoy! 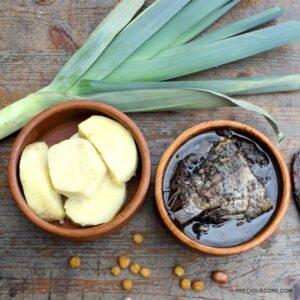 You could use chicken or pork instead of fish in this recipe. If you wish, blend your hot pepper together with the other ingredients. If not, add it whole.