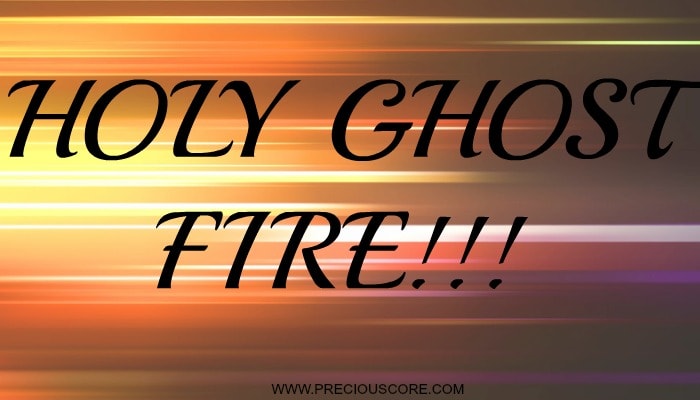 Last Wednesday, I was invited to an African church after many months of not being in one. I fed my girls, dressed them up and we all got into the car for the evening prayer service. I was eager to go and pray the dramatic way with my fellow Pentecostals after a coon's age. Getting to the venue was a bit of a challenge to me. After spotting the structure on a busy long street in the city of Saint Paul, I noticed it was closely flanked by two buildings. Hence there was no parking space. I drove to the next street and got to the back of the building where I found sufficient parking space.
I got my kids off their car seats and we headed to the door in sight. It was unmistakably the back door of the church as I sighted two sisters getting into it and giving me a scrutinising look. The high wall which preceded the back door had a huge banner that contained so much information that I could not peruse with a quick glance. However, the name of the church was conspicuous enough- I will grant some anonymity here and call the church, "the fire church." The next most noticeable thing after the name was a slogan that stipulated: "Power must change hands." I smiled because in such gatherings, power is either changing hands or curses are being broken or levels are changing. It is always a head-on collision with the devil in an attempt to reclaim blessings.
The back entry was like what it is; a back entry. There was nothing front-like about it. Large pieces of worn out rugs lay on the uneven flour. The numerous footsteps that had passed on those rugs over the years had left an indelible impression on them. It seemed the brethren in the house had been so busy fighting the devil that they forgot to beautify the very spot that led people into their cherished house of prayer and fire. I could not help but notice the walls which shared the same predicament. Nevertheless, when I took a few steps into the hall, everything changed. The beautifully pleated colourful satin at the altar reminded me of home. Chairs were neatly arranged in rows with the newer ones at the front and the older ones at the back. Worship like I had not heard in a while filled the air:

Engulfed with nostalgia, I added my voice to chant the well known chorus in African church circles. As the time of soulful singing ended, we were introduced to a time of singing at a faster rhythm, typically referred to as 'praise' in denominations of this calibre.  I ordered my older girls to stand up and dance with me. Girl number 1 displayed some decent dance steps while girl number two struggled. There is something girl number 2 sadly bears in common with the oyibos; the inability to follow rhythm. She shook uncontrollably like a rat that had dropped into a pot of hot red oil. I looked at her in disappointment but she smiled back at me in amazement. She was probably singing a different song in her head and dancing as her moves failed to marry the music.
As we sang, I scanned through the environs. The fire church had mostly women in attendance. Most of the women had head scarfs tied as though they were on their way to bed not on their way to a public place. Again, they had varieties of pale looking skirts on despite the cold weather. This included the worship leader and her lone back-up singer who kept singing/shouting in a bid to diligently fulfill her duty. Just a few of us wore no scarfs and had pants (trousers) on. One of such was a woman that stood in the row ahead of me and kept pacing about in response to the music.She wore a pair of jeans that looked like one she inherited from her stylish grandma way back. Her weave looked rather too thick. Her hair stylist had been more generous with the hair extension than she should have. To top it all was a bright red lipstick that failed to sit well on her lips.
We kept chanting the familiar choruses until we got to what I will call the "song of the day". The worship leader screamed, "Satan don fall for gutter!" (Satan has fallen into a drain!) The audience quickly responded, "Mash am! Mash am!" (Crush him! Crush him!) Then she commanded, "Aha! Mash am!" We kept stumping our feet as though Satan was beneath them and we were going to destroy him depending on how well we "mashed".
As the time of vigorous singing came to an end, the man of God grabbed the microphone and began another session. He sang songs, some of which were aimed at fighting the devil. "Break the yoke! Back to sender! I drink the blood of Jesus!" were some lines in his singing that caught my attention. He preached a message focused on dealing with curses. Interspersed with his preaching were demands that we responded with "thunderous amens". Another time of prayers came. This time, the leader announced, "ask the Holy Ghost vitamin to enter your blood stream." The church repeatedly said, "Holy Ghost Vitamin, enter my blood stream! Enter! Enter! Enter my blood stream!" At the end of a prayer point, Amen was said seven times.
Finally, we "shared the grace" and were told to shout a stipulated number of Hallelujahs before going home. It was a night of nostalgia, new experiences and some noise (girl number one kept closing her ears). I'll definitely be going to the fire church again when my "fire friend" comes calling.
Have you been to the "fire church" before. Attending one is quite an experience. Please share yours below.
Enjoy your Sunday!
P.S If you liked this post, you might also like:
BLACK VERSUS WHITE: MY CHURCH JOURNEYS

« OCTOBER IS HERE AND I AM ECSTATIC!
HERE'S WHAT'S UP 2: APPLES AND BUBBLES »